“My overriding maxim as a conductor is to enable the listener to hear what the composer intended them to hear, based on the principal source of reference we have as musicians, that being the score itself. My mission and ethic is fidelity to the composer, my guiding principle being that, as a conductor, I have an obligation to present as pure a version as is possible, using the most scholarly editions available and stripping away anything from the performance which could be seen as subjective. To me, this is the most critical element of conducting, which in reality is less and less seen and heard today. I feel I owe this morally and ethically to the audience, to give them as authentic an experience as I possibly can, within the context of 'modern' performance practice. The word 'interpretation' is the most over-used and inappropriate in the dictionary when speaking of the work of conductors. 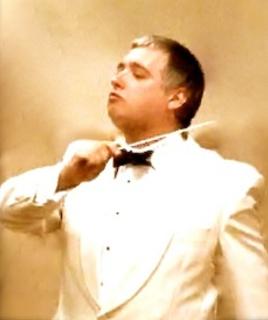 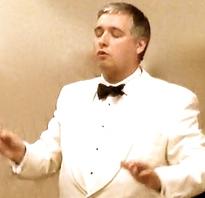 ​The orchestra itself is composed of a healthy mixture of professionals, students and younger players as well as talented amateurs, all of whom are personally invited by Mr Dick, “a classicist’s conductor”, who began learning the orchestral repertoire at age 8.

So well does he know what he calls 'the canon', that he frequently conducts without a score, a rarity on the podium.

“This gives me a more intimate connection to the orchestra without the music stand separating us and our constant eye contact, says Robert. "I feel the orchestra response more keenly when I am not bound behind the stand.  I believe it makes an enormous difference to the subtleties in which we need to engage together”. 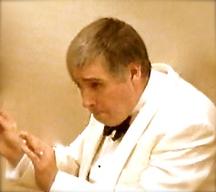 Orchestra of The Canongait Classical Music

​​Our Conductor Robert Dick:  a musician's musician. Edinburgh native, honours graduate of The Royal College Of Music in London, violinist, violist and pianist by training.

Robert Dick: Dedicated to fostering a love and appreciation of classical music in young people, committed to the development of young musicians.

Robert Dick:  All business, arrives well prepared, knows the score, no nonsense, relaxed but thorough rehearsal style, easy to work with, fair, respected and admired by his players.

Robert Dick: Purity in music: beautiful classical music performed as the great composers intended it to be.

"One may ask then why all orchestras do not thus sound identical in performance? The end result is due to the inherent differences in the conductor’s body language and how much of an effect his physical presence and gesture have on the overall sound and response of the orchestra.

Within each performance there will be elements of mood which the players read from the conductor himself. If not careful, the conductor can allow his personality to overcome the true message of what the composer intended for the listener to hear.  “My ethic leads me to consider the composer first, then the audience, and myself last, ever seeking loyalty to the writer over my own ego, which I hope results in a more satisfying experience for the listener,” adds Mr Dick. "After all, surely the audience come to a concert to hear Beethoven, not Robert Dick?"